Home About SMA Our Founder Today, June 2018 – Courage for the Missions

As we are reflecting upon appreciative discernment, let us recognize the missionary courage found in our confreres and help each other to fan the spirit of it.

On 25 June 2018 we commemorate the 159th anniversary of the death of the SMA Founder, Bishop Melchior de Marion Brésillac, in Freetown, Sierra Leone.

The Society of African Missions remembers with humble and prayerful gratitude the generosity of all who have contributed to the mission of the Servant of God, Bishop de Brésillac, through their prayers and material generosity.

We celebrate Founder’s Day with the following reflection by Fr. Francis Patrikson SMA.

The courage of the apostles, the early missionaries, our founder and our own confreres in the mission comes to my mind every now and then. When I was asked to reflect about the SMA and the Founder, the same thought came again in my mind.

Courage is one of the basic qualities needed for everyone but in a special way it is indispensable for the missionaries.

Courage can be defined as the state or quality of mind or spirit that enables one to face danger, fear, or change of circumstances with self-possession, confidence, and resolution; bravery.

According to Mark Twain “Courage is resistance to fear, mastery of fear—not absence of fear.” 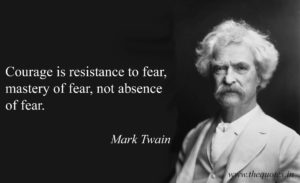 As for me the missionary courage is the expression of our confidence in God and our love for His people.

The missionary courage helps us to overcome our limitations and motivates our mission; it guides our actions and it gives joy in our mission. Courage in the missions, confirms the presence of God with us.

Courage in mission is a grace from God. God Himself grants us the courage needed for our mission. The Scripture has enough references to prove it:

But you, take courage! “Do not let your hands be weak, for your work shall be rewarded. When Asa heard these words, the prophecy of Azariah the son of Oded, he took courage, and put away the abominable idols from all the land of Judah and Benjamin and from the cities which he had taken in the hill country of Ephraim, and he repaired the altar of the LORD that was in front of the vestibule of the house of the LORD.” 2 Chronicles 15:7,8

Be strong and of good courage; for you shall cause these people to inherit the land which I swore to their fathers to give them. Joshua 1:6

Only be strong and very courageous, being careful to do according to all the law which Moses my servant commanded you; turn not from it to the right hand or to the left, that you may have good success wherever you go. Joshua 1:7 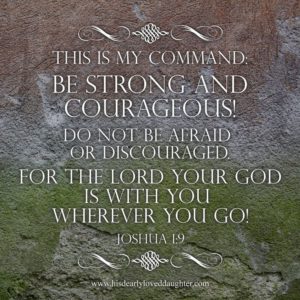 Have I not commanded you? Be strong and of good courage; be not frightened, neither be dismayed; for the LORD your God is with you wherever you go.” Joshua 1:9

For God has not given us the spirit of fear; but of power, and of love, and of a sound mind. 2 Timothy 1:7

But though we had already suffered and been shamefully treated at Philippi, as you know, we had courage in our God to declare to you the gospel of God in the face of great opposition. 1 Thessalonians 2:2

We find this courage expressed in the life of Msgr. Melchior de Marion Brésillac at all stages of his life. His desire to become a missionary leaving the comfort of being a curate in his own home town; his openness to be a simple missionary at Koviloor near Salem; his readiness to take up the task of Petit Seminary at Pondicherry; his commitment to take up the responsibility of the new vicariate of Coimbatore are some of the examples for his missionary courage. The challenging missionary journeys that he took on feet, horseback, Bullock carts and Palanquin explain the courage he had in carrying out the mission. He ventured to visit communities where the local people dread to enter due to the fear of wild animals like tiger and sicknesses. His commitment to the new Vicariate of Freetown and his zeal to reach the mission is an undeniable expression of his heroic missionary courage.

This courage is not just the story of the past. Even today the missionary courage is lived by the followers of de Bresillac. The commitment of our missionaries in Central African Republic in the times of trials; the SMA missionaries in the face of Boko Haram; Our continuous efforts in the fields of Primary Evangelization where even some of the basic needs of the missionaries are not met; Our efforts to stop human trafficking; the courageous service of our members in the time of dangerous sickness like Ebola in Liberia and Sierra Leone are some of the known examples that show the courage of the sons and daughters of Brésillac. More than these classic examples, we have our members who seize every opportunity to preach the Gospel.

As we are reflecting upon appreciative discernment, let us recognize the missionary courage found in our confreres and help each other to fan the spirit of it.

May the Servant of God Msgr. Melchior Marion de Brésillac continue to intercede for his sons and daughters.