“May the Spirit of Wisdom encircle us with your grace and enflame our hearts with creative fire. Strengthen each step we take towards the future to which you are leading us.
May the Spirit of Discernment free us from fear and anxiety as we step forward in generosity and courage to welcome the unexpected.
May the Spirit of Hope empty us of all that is not you, and give us one heart to make you present in our wounded world.”
– Fr. Michael McCabe SMA, Provincial Leader

Editor’s Note: The 2019 SMA Provincial Assembly opened at the SMA Retreat and Conference Centre, Dromantine, Newry, on Monday July 1, 2019. Following is the address by the SMA Provincial Leader, Fr. Michael McCabe SMA, in which he reflects on the mandate of the 2013 Assembly and the challenges and opportunities that will face the incoming SMA Provincial Leader and Council.

Let us invoke the Holy Spirit, as expressed by Fr. Michael, to boldly guide all of the delegates who are tasked with the onerous responsibility of discerning the parameters of the new mandate and the future wellbeing of the Society. May the Holy Spirit guide all participants to chart a new and hope-filled course that is faithful to the Society’s mission to Africa and the most abandoned, in a rapidly changing and challenging environment, at home and abroad.

I welcome all of you… to this 17th Provincial Assembly of the Society of African Missions…  I welcome especially our facilitator, Michael Burke, CFC…

I wish to begin with a prayer from the pen of a great American Lutheran theologian, Reinhold Niebuhr, whose writings I studied almost forty years ago:

Embedded in this simple prayer is, I suggest, a methodology appropriate for us in this time of crisis, opportunity, hope and challenge. It is the method of critical discernment, based on a realistic assessment of where we stand and how best we can continue to serve the mission entrusted to us by our Founder, Melchior de Marion Brésillac.

The Irish Province, is part of a small international and increasingly multi-cultural Society, founded in the mid-nineteenth century for the evangelisation of the most abandoned in Africa. The Society as a whole is now reaping the fruits of a major decision taken over 30 years ago to accept candidates from Africa, Asia and Poland. The result is that we now have a youthful and energetic cohort of active members who, as the recent General Assembly showed, are rapidly taking over the leadership of the Society. The European bases of the Society have been in rapid decline for the past four decades and are unlikely to survive, at least in their present form, that is, as units of an exclusively clerical society.

The Irish Province, still the largest unit of the Society, is no exception to this decline, as the current demographics demonstrate. Every year brings about a significant decline in our membership with an average of 6 deaths a year, and with no new members, or prospects of any new members, to replace them. The demographics offer a sobering picture…  The fact that we have just one member under 50 years of age and that two-thirds of the membership of the Province are over 70 highlights the extent of the decline in the Province, and the inevitability of our demise as an exclusively clerical body. 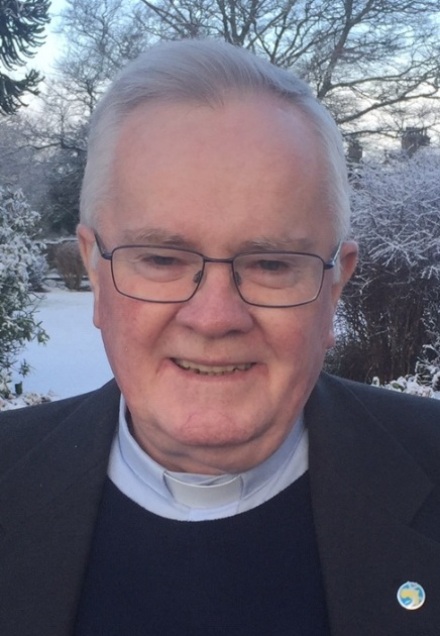 During the past mandate, the Province, despite its shrinking numbers and ageing profile, has… continued all its promotion activities, pastoral ministry, and administrative commitments. The generosity and selflessness of all those engaged in these activities, some of them long past the normal age of retirement, must be acknowledged and commended. In addition… the Province has undertaken major new initiatives, in line with the priorities of the last Provincial Assembly, in the areas of Justice (especially on the issue of ‘climate change’), engagement with Laity, and Communication. These initiatives, which have been delineated in the Report on the State of the Province, have enhanced the profile of SMA Ireland, owing to the hard work, imagination and dedication of all involved. During the past mandate, also, a lot of time and effort has gone into the management of our finances and the refurbishment of our properties, which, thanks to our Bursar and all involved, are today in very good shape.

To these traditional and more recent commitments, a further and increasingly burdensome work load is placed, especially on leaders, of compliance with an ever expanding and exacting list of regulations in the areas of Safeguarding, GDPR (General Data Protection Regulation), financial regulations for Charities, health and safety…

However, we do have a key problem: Given the current age profile of the membership, the current level of our commitments is not sustainable, even with the significant involvement of committed lay men and women. The effective management of our ageing and declining personnel resources will necessitate a painful letting go of many of our cherished programmes and activities, either passing them over to a cohort of committed and trained lay men and women willing to take them on, or just dropping them entirely. It is essential, then, that this Assembly draw up a realistic, feasible and integrated plan of action in line with the vision of our last Provincial Assembly.

Implementing the Vision of PA ‘13

Keenly aware of our declining and ageing personnel resources, and wanting to leave something behind us when we are no longer around, the 2013 Provincial Assembly opted for a new vision of our relationship with the laity, and a new partnership-in-mission with them. To be honest, we have not gone very far in implementing this vision… In ten years’ time, going by our current rate of decline, we will be less than 100 members and the vast majority of these will be over 80.

When the 2013 Provincial Assembly formulated the vision for the future of “SMA Ireland” as “an open and inclusive missionary Society” and called for a deeper engagement with laity I don’t think it was envisaging the canonically impossible scenario of making lay people members of a clerical society. It was rather inviting and mandating us to engage with committed lay men and women of faith in a partnership that would recognise and respect their right (and duty), by virtue of their baptism, to share in the life and mission of the Church which we are all called to serve. It was also inviting us, while respecting our distinctive identities – lay and clerical – to embrace a new model of collaboration in mission which would prove mutually enriching and fruitful. And it was hoped that, from this new model of collaboration, a seed would be sown which would enable something of our SMA ethos and values to live on after us in an increasingly secular Ireland – when priests will be, not just an endangered species, but possibly an extinct species.

Towards a New Paradigm of Collaboration in Mission

Like the majority of missionary societies of the 19th and early 20th centuries, the SMA was the product of a Church which was clerical in character and structure. The Second Vatican Council formulated a new vision of Church as the people of God, a Church in which all the baptised are equally called to be involved in its life. Unfortunately, the Council did not propose structures which would enable clerical and lay members of the Church to work as co-equal partners in the service of the Church’s mission. Had it done so, perhaps the current crisis affecting the Church, especially in the Western world, might have been avoided or at least mitigated. It is becoming ever more apparent that the clerical model of Church and mission is no longer sustainable but a new model has not yet emerged, so we tend to stick with what we know, and resist the challenge to move into the unknown.

SMA Ireland finds itself caught between the known but unsustainable past and the unknown future which we find hard to embrace, and which will inevitably involve a letting go, and a handing over to committed lay men and women who believe in, and cherish, our missionary ethos and values. This process will involve nothing less than a paradigm shift and, as always in the history of the Church, this kind of change requires conversion. The scales have to fall from our eyes, and we have to look beyond the horizon of the familiar and trusted, and embrace a new way of being Church and doing mission.

I conclude my address by offering a word of thanks to a number of people. First of all, I wish to thank the members of my Council, Malachy and Maurice and the Provincial Secretaries, Tim Carroll and Martin Kavanagh; to our Stream II leaders in Ireland and Africa; to Dympna Mallon, Gerry Forde, Don Mullan, and the members of the many Commissions and Committees created during the past mandate. They have worked assiduously and way beyond the call of duty in the service of the Province and have been a great support to me in a task that I found demanding and stressful. A particular word of thanks to all those who generously accepted to take on roles of leadership in the Province. I appreciate your sense of corporate responsibility, as well as your support. I am also deeply appreciative of the support of Sr Kathleen and the members of the OLA Provincial Leadership team.

I began with a prayer from the pen of Reinhold Niebuhr about the need for serene and wise discernment. I will conclude with another quote from one of his sermons which may help us put into perspective what we are trying to do over the next three weeks – ending with lines from the prayer in preparation for this Assembly’:

May the Spirit of Wisdom encircle us with your grace and enflame our hearts with creative fire. Strengthen each step we take towards the future to which you are leading us.
May the Spirit of Discernment free us from fear and anxiety as we step forward in generosity and courage to welcome the unexpected.
May the Spirit of Hope empty us of all that is not you, and give us one heart to make you present in our wounded world.

Mary, Queen of Apostles intercede for us throughout all our deliberations. Servant of God, Melchior de Marion Brésillac and all our SMA missionaries who have gone before us, pray for us.

With these words I declare open the 17th Provincial Assembly of the Society of African Missions.