Home Laity Getting Back on Mission: Reforming Our Church Together 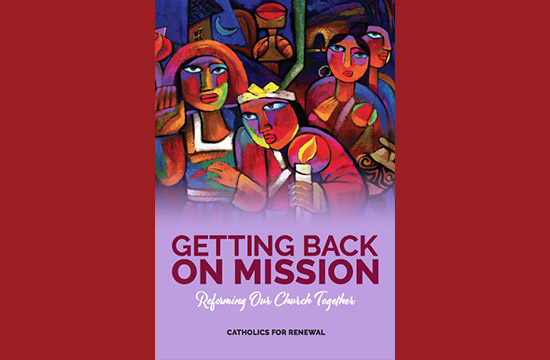 “How serious are the bishops when they call on Catholics to ‘engage in an open and inclusive experience of listening, dialogue and discernment about the future’… Will they really listen to those who have remained loyal to the teachings of Vatican II?”
– Paul Collins

Editor’s Note: The role of laity – how to meaningfully engage with laity – and to what extent laity will be allowed to directly influence the decisions and leadership of the Universal and local Church are weighty matters.

These matters challenge and impact the Society of African Missions at both General and Provincial levels also. The 2013 SMA Irish Provincial Council mandated the involvement of, and engagement with, Laity as a key component of its Provincial priorities.

The 2019 Provincial Assembly concluded without specifically naming Laity as a policy priority but, one commentator argued, “laity is included everywhere” – i.e. in mission and in all the priority areas that were identified.

In the ongoing debate on the role of laity, it is indeed to be hoped that with no clearly expressed mandate for lay involvement the new Provincial Council will continue to advance the positive commitments made in 2013. In that context there is hope that the statement “laity is included everywhere”  will not, in fact, result in a diminution of our commitment to the advancement of lay leadership in the Church.

While by no means perfect, the commitment of the 2013 Provincial Assembly was a progressive and welcome step forward by a missionary society that has the humility to recognize that its foundations were built upon the bedrock of generosity and commitment by several key SMA lay associations.

The Australian Church is facing similar challenges. In advance of its forthcoming Plenary Council (PC) of 2020/2021 an important book was published this month: “Getting Back on Mission: Reforming our Church Together” by Paul Collins. The ‘togetherness’ referred to is the critical and unambiguous role laity must play in the necessary reforms the Church must undertake in “Getting Back on Mission“.

On September 14, 2019, La Croix International, published an article by Paul Collins in which the author asks:

“How serious are the bishops when they call on Catholics to ‘engage in an open and inclusive experience of listening, dialogue and discernment about the future’… Will they really listen to those who have remained loyal to the teachings of Vatican II?”

“As the title indicates, for too long the church has been ‘off mission’ in a self-engrossed, self-righteous, clericalist miasma that has led to massive disaffiliation of Catholics, a catastrophic fall in Mass attendance and sacramental practice.

People feel alienated from bishops who, in turn, have retreated into their bunkers. To cap it all, faithful Catholics have had to witness the scandal of sexual abuse and the secretiveness of the bishops in dealing with this crisis.

As I know from personal experience, anyone in the past who called attention to these issues was accused at best of exaggeration and at worst of being a ‘Judas’.

Getting Back on Mission correctly points out that until the church accepts good governance characterised by accountability, transparency, inclusion and a recognition of the equality of women, it will continue its culture of clericalism and secrecy.”

You may read the full La Croix International article by clicking here.