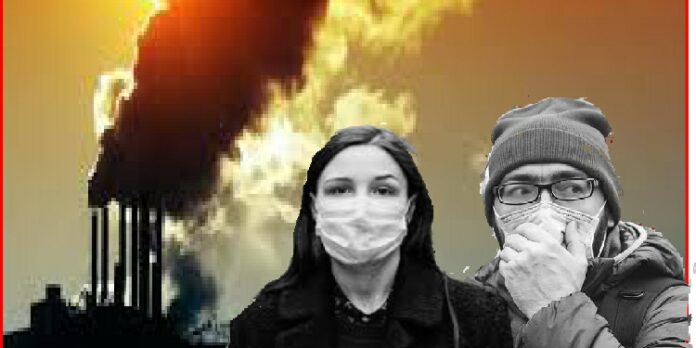 This is the second article in a series published to mark the 5th Anniversary of Pope Francis Encyclical Laudato Si’ – On Care for our Common Home.

Five years’ on, the call of Laudato Siʿ to heed the Cry of the Earth and the Cry of the Poor is even more urgent. The effects of global warming are becoming more evident in extreme weather events. Added to this experience the science and understanding of climate change has also advanced in the period. This has revealed even more evidence supporting the need for immediate change and greater action for climate change mitigation.

At its core, global climate change – caused by the pollution of our world – is about the future of God’s creation and the future of the one human family that depends on it. Climate Justice is then about protecting both, the human environment and the natural environment.

For Christians, care for creation is not just a fashionable concept, it is a requirement of our faith.  In Laudato Siʿ  Pope Francis says, “Living our vocation to be protectors of God’s creation is essential …. It is not an option or a secondary aspect of our Christian experience.” (LS 217). He states this message even more clearly, when he speaks of the Christian duty to creation as being “an essential part of faith.” (LS 64).

Climate change is largely the result of human action but its mitigation through action for climate justice is an act of faith.

The integrated approach of linking human development and the environment is central to the Encyclical. It emphasises that our world is facing both an environmental and social crisis.  Pope Francis condemns humanity’s treatment of the environment, blaming “unfettered greed” for the pollution and global warming that is turning our world into “a pile of filth” and, at the same time, creating a very unequal world in which the rich consume a disproportionate amount of the world’s resources to the detriment of the poor and future generations.

In Laudato Siʿ environmental degradation is linked directly to poverty and the consequent lack of human dignity suffered by many.  The abuse of the natural world has the greatest effect on the poorest and on those in the developing world.  Any solution demands an integrated approach that includes restoring human dignity (by combating poverty) and protecting nature.

A year after Laudato Siʿ was published, world leaders signed the 2016 Paris Climate Change Agreement. This was seen as a watershed moment indicating that, at last, world leaders and nations were taking climate action seriously.

Sadly, since then, in spite of the best efforts of some countries, others – especially some of the world’s largest producers of carbon emissions – have reneged or refused to be bound by the terms of the agreement.  As a result, the collective level of change will not be enough to meet the global carbon reduction targets set.

World events have also intervened. Brexit, wars, migration and now the global COVID-19 pandemic have diverted attention and resources away from addressing Climate Change.  Five years on, Laudato Siʿ reminds us that actively caring is central to living faith – caring for creation and at the same time caring for the poorest. It is a call to all who believe to act and live in a way that promotes climate justice.

Laudato Siʿ is addressed to all: individuals, politicians, leaders, members of particular groups or nationalities. In essence, it calls for change – changes in production, in our personal lives, in our communities, in countries across the world. It calls us to act in ways that serve the common good.

“A true  ecological approach
always becomes a social approach; it must integrate
questions of  justice in debates on the  environment, so as to hear both the cry of the earth and  the cry of the poor.
Everything is connected.”
LS 50