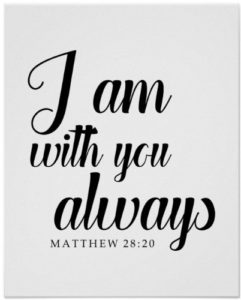 Lent, like Advent, is a season of hope – the hope that, no matter what happens to us, God is on our side, and, in and through the life, death and resurrection of his Son, has conquered sin, death and all the afflictions that assail us.

During this Lenten season,  as we struggle to cope with the ravages of COVID-19, we need, more than ever, the assurance of our Christian hope, a hope that cannot deceive us.

‘Hope springs eternal in the human breast’ wrote the poet, Alexander Pope, indicating that hope is a universal aspect of human life.  You are familiar with the saying ‘As long as there’s life there is hope’.  But this could well be reversed to read ‘As long as there’s hope there’s life’, for it is only when hope dies that all seems lost in life.  Most of you, I’m sure, have seen Franco Zeffirelli’s famous film, Jesus of Nazareth.  Though I saw it many years ago, a striking line, spoken by Yehuda, the rabbi, as he looks forward to the birth of the Messiah, has remained with me: ‘A future without hope’ he says ‘is like a night without stars’.

But what is hope?  Is it a feeling, an orientation of the will, or a virtue?   It can certainly be all of these things, but it is best described as a basic human attitude:  a positive attitude that includes trust and expectancy for the future.  It is an attitude that gives us

confidence and energy. In the words of the poet Emily Dickinson:

Christianity is basically a religion of hope.  As one of the great Protestant theologians, Jürgen Moltmann, has written: ‘From first to last, and not merely as an epilogue, Christianity is hope, forward looking and forward-moving, and therefore also revolutionizing and transforming the present’. As Christians we look forward to a better and brighter future for all humanity and indeed for the entire creation (cf. Romans, chapter 8).  Our hope is based on God’s coming to dwell among us, and to heal, redeem, and transform our lives.

Now, the hope that came to full flowering with Christ started a long way back in history.  The first book of the Bible, as we know, deals with the creation and fall of our first parents. Yet, even as Genesis describes the dire consequences of Adam and Eve’s fall from grace, it holds out some hope for a reversal of this misfortune:

God says to the snake, ‘because you have done this…I will put enmity between you and the woman and between your offspring and hers (Genesis 3:14, 15).

Clearly, while the Devil may have had his first taste of victory, he’s not going to get his way with us.   His hold over humanity will eventually be broken. The rather vague hope hinted at in Genesis 3:15 becomes more specific with the call of Abraham.  Despite the fact that his wife is rather old, Abraham sets out on a journey of hope, staking his future on God’s promise to give him a homeland and make him the Father of a great and numerous people. 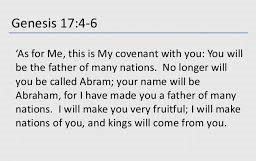 Centuries later this hope is given more concrete shape in the Sinai covenant, when God reveals his law to Abraham’s descendants, and binds them to himself in a covenant relationship. God also challenges them to keep his commandments in holiness and justice.  But the Israelites broke this covenant again and again. The prophets, who speak on behalf of God, excoriate the people for their infidelity to the Covenant. This infidelity is apparent in the unjust way they treat one another, especially the poor and unfortunate among them. And yet, however harsh the criticisms and condemnations of the prophets are, condemnation is never their last word.  The bottom line of all the great prophets is that, even though the people may have abandoned God, God will never abandon them.  He / She will intervene once more to establish his rule of peace, justice and love.  She / He will make a new covenant, written this time not on tablets of stone, but deep within their hearts. This hope for the definitive establishment of God’s rule of peace and love is associated with the coming of the Messiah.

Israel’s hope of a Messiah is movingly expressed by the prophet Isaiah.  For Isaiah, the Messiah will be a wise, holy and peaceful King ‘who will judge the poor with justice and decide in favour of the land’s afflicted’ (Is.11: 1-10).  He will put an end to conflict and bring lasting peace. With his coming, warring factions will ‘beat their swords into ploughshares and their spears into pruning hooks’ (Is. 2) and the lamb and the lion shall lie down together. The word that Isaiah uses for peace is ‘shalom’; a word with a much richer meaning than we normally give to the term ‘peace’.  It signifies, as the images Isaiah uses clearly suggest, not merely the absence of war or violence, but the full presence of harmony and integrity, both for the individual person and for society.  It is not surprising, then, that shalom is Isaiah’s favourite term to describe the new reality which the Messiah King will bring about.

Isaiah’s prophecy was fulfilled in Christ. In Him God’s rule of justice, peace and love came on earth. In Christ, God has come as close to us as he possible could. He could not have loved us more.  Our hope is now centered on Christ and what God has done for us in and through Him. This hope is beautifully expressed in Paul’s Letter to the Ephesians, Chapter 1:

Blessed be God the Father of our Lord Jesus Christ, who has blessed us with all the spiritual blessings of heaven in Christ. Thus he chose us in Christ before the world was made to be holy and faultless before him in love, marking us out for him beforehand, to be his adopted children, through Jesus Christ. Such was his purpose and good pleasure, to the praise of the glory of his grace, his free gift to us in the Beloved, in whom, through his blood, we gain our freedom, the forgiveness of our sins (Ephesians 1: 3-7).

Yet, in spite of Christ’s coming, we know that our world is not as God would have it. We still live in a world where there is much injustice, exploitation, violence and hatred. The brave new world envisaged by science and technology has not materialized. Confidence in the progress of our civilization has been undermined by the appearance of new forms of disease, lawlessness and anarchy.  Pandemics like COVID-19 devastate our communities. In the brave new Ireland, liberated from its past slavery to the Catholic Church, a  drugs culture, which destroys both body and spirit, is spiraling out of control. On a more global scale the gap between the rich and poor continues to widen, and, in spite of ample warning from scientists and from brave new prophets like Greta Thunberg, world leaders dawdle in their pathetic response to accelerating climate change. 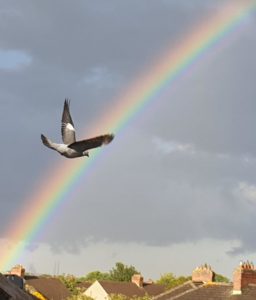 In circumstances such as these, it is far from easy to sustain hope, but who ever said that hope was an easy virtue. There are even times, like the present, when it is an agony to hope. And yet, the hope to which we cling in tears and lamentation – the hope to which we try to witness – is a hope that looks beyond the awful tragedies that mar our world, because it is a hope based ultimately on the resurrection of Christ and, hence, a hope for a new life that rises out of the ashes of death and decay.  Such a hope is not confined by the limits of our own faith.  Even if we are tempted to despair, God is not. His purpose in creation, reaffirmed in the incarnation, and gloriously manifested in the Resurrection, is not dependent on our faith.  It is rather the other way around. God has faith in us even when we lose faith in ourselves or in her. We shall not be overwhelmed. God’s reign is greater than the beleaguered kingdoms of our own hearts. We have placed our hope in someone who has overcome all things, not in something to be won or lost. And so we continue to hope, even when situations appear hopeless, convinced that God will complete what she/he began when he sent us his Son. We may not know how or when this completion will happen, but as surely as day follows night, it will happen.  It is to this hope that Paul gives voice in his Epistle to the Romans when he says:

‘If God is for us, who can be against us? Since he did not spare his own Son, but gave him up for the sake of all of us, then can we not expect that with him he will freely give us all his gifts?…. Can anything cut us off from the love of Christ – can hardships, or distress, or persecution, or lack of food and clothing, or threats or violence? No; we come through all these things triumphantly victorious, by the power of him who loved us. For I am certain of this: neither death nor life, nor angels, nor principalities, nothing already in existence and nothing still to come, nor any power, nor the heights nor the depths, nor any created thing whatever, will be able to come between us and the love of God, known to us in Christ Jesus, our Lord’. (Rom. 8: 31-32; 35-39).