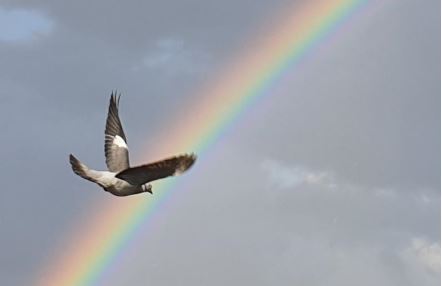 Hauwa Ibrahim – A woman with hope in her heart!

She saw hope in them. And she did not let it fall on deaf ears. Hauwa Ibrahim, teacher and lawyer, founder of “Mothers without borders“, came into contact with the mothers of some young terrorists linked to the Boko Haram group in Nigeria. “Those boys had joined Boko Haram in search of meaning in life. I understood how much the sweet weapon of mothers was stronger than a hundred armies and I thought it was the added value in the fight against the spread of terrorism and violent extremism to reach a safer and more peaceful world”. On the occasion of the International Women’s Day, March 8, Agenzia Fides – the News Agency for the Vatican’s Congregation for the Evangelization of Peoples – reports her extraordinary story and experience.

At the age of 11 she ran away from home to study. She had understood that if she remained in her family she would end up marrying a man much older than her, to be a prisoner, to take care of the house and children and, above all, to say goodbye forever to the possibility of reading, studying, understanding.

Here begins the story of Hauwa Ibrahim, the brave girl from Hinna, State of Gombe, northern Nigeria, who first became a lawyer and then a Harvard professor of “Women, Justice and Sharia” and “Introduction to Critical Human Rights Thoughts and Social Justice” at the Roman university of Tor Vergata. She received the Sakharov Peace Prize 2005 and is universally known for her tireless struggle for women’s emancipation, the prevention and contrast of youth radicalism and the promotion of peace.

For years, she offered her offices no cost to women destined for stoning for alleged adultery in the Sharia-governed regions of Nigeria, defended thousands of people, advised governments affected by the violence of terrorism, founded “Mothers withour borders” the network of women and mothers that fights the spread of extremist violence among young people through the soft-power of mothers. Now she presents her new project – ‘The Peace Institute‘ – with the ambition to promote dialogue and peace starting from the youngest. (To read the full Omnis Terra article click here)

With thanks to Omnis Terra, a section of FIDES.ORG