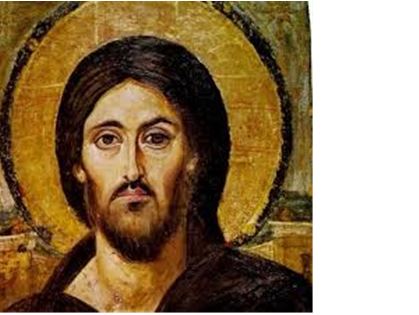 In his book, Jesus of Nazareth, emeritus Pope, Benedict XVI, reminds us that it is only in Jesus that we see the true face of the Father. While the prophets brought God’s Word to the people of Israel, and Moses spoke to God as to a friend, it was Jesus who revealed to us what God the Father was really like. However, it is far from easy to recognize the Father in Jesus. We can readily identify with Philip’s request in today’s Gospel: ‘Show us the Father and then we shall be satisfied’ (Jn 14:8). Of course, the reason we don’t see the Father is that we don’t really ‘see’ or understand Jesus any more clearly than Philip did. Even though Philip, and indeed all the apostles, had been Jesus’ constant companions throughout his public ministry, they were unable to recognise who he really was until their eyes were opened, when the Risen Christ himself appeared to them. Even then recognition came only gradually.

What prevented the Apostles from ‘seeing’ and recognizing Jesus as the one in whom the Father was present? A false or inadequate image of God? A distorted or overly political reading of the messianic promises? A lack of attention to what Jesus was saying and doing?  It could have been any or all of those things.  Or may they simply took it for-granted that they knew him. They were not open to being surprised.   The question for us today is do we ‘see’ Jesus as he really is or do we take it for-granted that we know him.  Do we enter into the presence of the Father when we meet Jesus in the Scriptures, in the Eucharist, in our daily prayer? Do we allow ourselves to be taken by surprise by the God revealed in Jesus? In his poem, Having Confessed, Patrick Kavanagh, says: ‘God must be allowed to surprise us’.

The Gospel today warns us against complacency.  Simply because we were baptized into the Church and are practicing Catholics does not necessarily mean that we know the God revealed in Jesus. Indeed our very familiarity with Jesus may make us blind to the ‘heart-breaking strangeness’ (Patrick Kavanagh) of his person and message. No less than Philip and the apostles, we, too, need to have our eyes and ears opened to the ‘the spirit-shocking’ power of his life and message. We need to shake off the chains of familiarity and allow the readings of this beautiful Easter Season, ‘to charm back’ in us ‘the luxury of a child’s soul’, to use again words from Patrick Kavanagh, and bring us to see the true face of the Father revealed in Jesus. And so we pray:

‘Heavenly Father, open our eyes to see your face in the life, death and resurrection of your Son, Jesus. Teach us to put him at the centre of our lives and so be transformed into his likeness.’