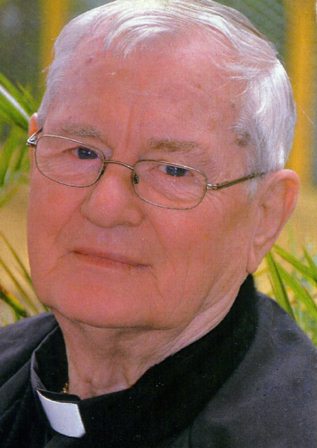 Fr Sean Hayes SMA has, for medical reasons, officially retired to the SMA House on Blackrock Road, Cork after 54 active years in the service of the Society – 33 years in Africa [Nigeria and Liberia] and 21 years as FVC Director in the Leinster and Dublin areas.

Fr Sean was ordained in 1958 and appointed to the north of Nigeria, to what is now the Archdiocese of Kaduna. He worked in many parishes [including Mabushi, Kubacha, Idon, Rahama, Danladi, Zaria and Kano]. He was the last SMA priest in Niger Province, handing over the parish of Zuru to the Kiltegan Missionaries [St Patrick’s Society] in 1963.

He worked closely with the late Fr Malachy Gately who was deeply interested in the evangelisation of the Maguzawa people of Kano State. Though many considered this to be a Muslim area Fr. Gately saw the opportunities in working with these people who refused to accept Islam. Today much of this area is Christian, and most of them are Catholics. Fr Gately worked from Zaria province through catechists. Fr Hayes had a different approach to this work and became the first Catholic priest to live among the Maguzawa and was directly responsible for opening the first two parishes – Nassarawa Kuki and Refawa.

There was one diocese in the area to which Fr Sean was appointed in 1958. Now there are six dioceses. The Lord certainly gave a plentiful harvest to the seed sown!

Fr. Sean left Nigeria in 1987 and then worked for some years in Liberia during the civil war there. On his return to Ireland, he accepted the position of Director of the Family Vocations Crusade [FVC] in Leinster and afterwards in Dublin. He spent the last 21 years in this work and travelled the length and breadth of Dublin and beyond to seek support for the training of our seminarians. However, he did not confine himself to the FVC but constantly sought new ways of soliciting support for the Missions. Thanks to this support the Society continues to ordain young men for missionary life in Africa. They come from many African countries where the SMA has a presence as well as from India, Philippines and Poland.

In his message to our supporters Fr Sean wrote: “You all have been wonderful, loyal and generous with me and the work. I will continue to remember you in my Masses. May God bless you and keep you well.”

We wish Fr Sean a long and contented retirement in Blackrock Road where no doubt he will find things to keep him active, particularly his painting.