The Belgian Congo came into existence in November 1908 when King Leopold II relinquished power due to overwhelming outrage from world leaders. In October 1908 the Belgian government voted to annex the Congo as a Belgian colony. The main reason for the annexation of the Congo was due mainly as a result of international criticism calling for increased supervision and accountability. At the time of the decision to annex the Congo, European states, for the most part, held a paternal view towards Africa and the African peoples seeing them as children who could not look after themselves.

This attitude was cemented when it was decided by Brussels that in Belgian Congo no proper administrative structures through which the Congolese could even participate in the process of governing themselves would be set up. Instead executive power would rest with the Belgian Minister of Colonial Affairs. In exercising this power he would be assisted by a Colonial Council who, like the Minister himself would reside far away in Belgium. The highest ranking official that resided in the Congo at this time was the Governor General.

The Governor General and his administration were originally situated in Boma. In 1926, their place of residency was transferred to Leopoldville. Initially the territory was divided into four provinces, Leopoldville, Equateur, Katanga and Orientale. Each province had its own Vice-Governor General. In 1932, the number of administrative provinces was increased to six. At this time the role of Provincial Governor was established replacing the previous office of Vice-Governer General. The provinces were divided further into districts and these districts in turn divided into territories which added up to 120 in all. The territories were managed by territorial administrators who appointed traditional chiefs to govern smaller parts of the territories known as chiefdoms. It must be stated here that even though Belgium had acknowledged the atrocities that were committed throughout King Leopold’s reign, the Congolese were still given no role in legislative procedures whatsoever. Traditional chiefs acted basically as tax collectors.

In January 1909, Germany became the first nation to officially recognise Belgium’s assumption of sovereignty over the Congo and in 1911 the Belgian Congo was linked to South Africa by rail via Rhodesia. Given the deplorable state of the country in 1908 it seemed plausible to assume that these administrative and transport achievements could be seen as the beginning of a new fairer future for the people of the Congo. Sadly, subsequent events would prove that this was not the case. The transition from Free State to Belgian Congo changed very little in fact. The last Governor-General of the Congo Free State, Baron Wahis, remained in power along with many of the administrative staff from King Leopold’s time. Felix Fuchs succeeded Baron Wahis as Governor General of the Belgian Congo in 1912. The extraction of raw materials for the benefit of Belgium was still the main function of colonial rule.

The practical day-to-day running of Belgian Congo was left mostly to non-governmental agencies. Educating the Congolese was left to missionaries who were predominantly Catholic. According to the Encylopedia Britannica;

“After 1908, when the Belgian parliament assumed control of the Congo, the Roman Catholic mission schools were afforded government subsidies and given a privileged official status; the Protestant schools, though not provided with financial assistance, were officially authorized to operate. Throughout the colonial period the overwhelming majority of schools were missionary, and until 1948 the systems were limited to two-year primary schools, three-year middle schools, and a sprinkling of technical schools for training indigenous cadres”.

By the middle of the 20th Century, 10% of Congolese children attended primary education which favourable compared with its neighbour French Equatorial Africa where the figure was only 3%.

Forminière (Société Internationale Forestière et Minière du Congo) and BCK (Compagnie du Chemin de Fer du Bas-Congo au Katanga (BCK). These companies received huge land grants from Belgium. The largest of these companies however was Societe Generale de Belgique, which at the time was one of Europe’s largest holding companies. In 1928 the Banque d’Outremer merged with Societe Generale which resulted in near total economic control of Belgian Congo, accounting for approximately 70% of all economic activity.

The importance of rubber began to decline dramatically in the first quarter of the 20th century. In 1901, rubber exports accounted for 87% of all the Congo’s and caused the death or mutilation of thousands forced to harvest it during Leopold’s reign (see part one of this Profile). The steady decline in demand resulted in rubber falling to a mere 1% of exports in 1928. With the decline in rubber saw a shift towards mineral extraction. In the Katanga region alone, vast mineral wealth was discovered. The Union du Haut Kanga which was established in 1906 to explore and exploit new opportunities saw a substantial rise in its extracting and exporting capabilities. In 1911, it began to extract copper and by 1928 it was exporting 7% of the world’s total.

Diamonds were first mined in 1907 and by the mid 1920’s the Congo was globally the second largest exporter, just behind South Africa.

World War One broke out in 1914. This would have a profound effect on the export economy of Belgian Congo. The Belgian Congo’s Force Publique was directly involved in fighting. In August 1914, a German gunboat shelled Albertville. Ngoma is also captured by German troops. By 1916, a joint Anglo-Belgian advance sees troops advance into Tabora in September gaining a notable victory.

ongo saw fighting in World War Two. This time however, Belgium was occupied by Germany during the war. The colony remained loyal and accounted for a major and crucial source of income for the Belgian government which found itself in exile in London. The Force Publique was again involved in fighting but mainly against Italian forces on the African continent, most notably in Ethiopia.

The post war period saw an increase in prosperity in Belgian Congo which also led to an increase in immigration from Belgium. Huge profits were made during this time especially by the long established companies mentioned above. Much of these profits were not reinvested in the Congo but were instead sent back to Belgium. With the emergence of many new mining companies after King Leopold’s departure a familiar problem arose once again, i.e. the need for a large and steady supply of cheap labour.

With the annexation of the Congo Free State one of the major hopes was that the slavery, abuse and forced labour used for the rubber trade would cease. This did not happen. In some areas fixed quotas of workers continued to be demanded for mining activities The practice of forced labour and associated abuses continued and in this case many people were uprooted and forced to move to mining areas.

At this time too we saw many vacant lands which were deemed to be not in use by local tribes transferred to the state which in turn were given to private companies. Extensive plantations were set up, most notably in Palm oil production which saw production levels dramatically increase from 2500 tons in 1914 to 230,000 tons in 1957. Cotton production also increased from a mere 23,000 tons in 1932 to 127,000 tons in 1939. Mandatory cultivation was also introduced to cater for the demands of developed European nations. This saw coffee and other crops such as ground nuts being forced upon farmers against their will.

However, the post war period did see an improvement in prosperity in Belgian Congo. This was highlighted by the vast increase of immigration which saw the population of white immigrants rising from 34,000 to 113,000 between the end of the second world war and 1958. Almost 90,000 of these were from Belgium alone. Also during this period the population of the capital Leopoldville quadrupled from 100,000 to almost 400,000. 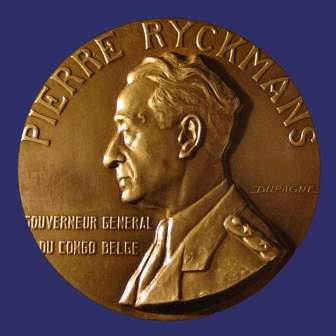 By 1955, 1.1million Congolese were engaged in paid employment. These seemingly healthy figures covered a grim reality. Living standards and job opportunities predominantly favoured white immigrants. Many barriers were in place to keep the native Congolese away from positions of influence. The Belgians due to increasing demands from the native population were forced to grant a series of concessions where natives could apply for a proof of civil merit or go one step further and apply for immatriculation (registration). These, if granted, would allow the colonial government the proof it needed to conclude that the applicant had assimilated properly into European civilization. The tests conducted to prove this assimilation included regular home visits to prove good behaviour a mark of which was monogamous marriage. It is not surprising that this very one sided process was a calamitous failure. In addition such practices planted more seeds of discontent within native circles. On the other hand attempts to introduce changes that were perceived as giving the native population equal status to the white immigrants were met with fierce opposition by the Belgians who feared their own privileges would be diminished.

Throughout the 1950’s on the African continent, the world witnessed a number of African colonies gain independence. These included Libya, Sudan, Morocco, Tunisia, Ghana and Guinea. Given the state of affairs the Congo found itself in under Belgian rule it was not long until Congolese independence became a major issue. Up until 1957, there was a complete absence of political structures in the colony. But given the political climate at the time, the colonial government for the first time organised municipal elections in the capital Leopoldville. This was the first time the Congolese natives could stand for and vote in elections. This decision proved to be decisive point in Congolese history as the demand for independence increased at an alarming rate. The elections in 1957 in Leopoldville see Abako (Alliance des Ba-Kongo) win, a party which campaigned on the pursuit of Congolese independence. 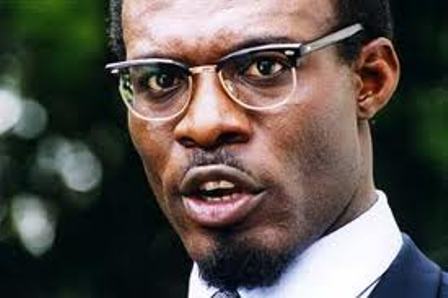 In 1958, the first nationwide political party is established, this sees Patrice Lumumba create the MNC (Mouvement National Congolaise). As a result of the sheer pace of the newly emerging Congolese political scene, Brussels announces plans to introduce greater local autonomy but this process was hampered by rioting the 1959 Leopoldville riots during which shops were looted, Europeans attacked and buildings burnt. Many Congolese were killed and wounded.

The response from Belgium is to grant full independence with elections taking place in December 1959. With this news, the Congo becomes a hotbed of political activity with more than 50 political parties registered by November of the same year. The December elections are boycotted en masse which saw the Belgian government invite 96 delegates from the main Congolese parties in January 1960. A four year transition period is suggested by Belgium but is rejected outright by the delegates. It is decided that on 30 June 1960, the Congo will become an independent nation, ending 75 years of Belgian rule.