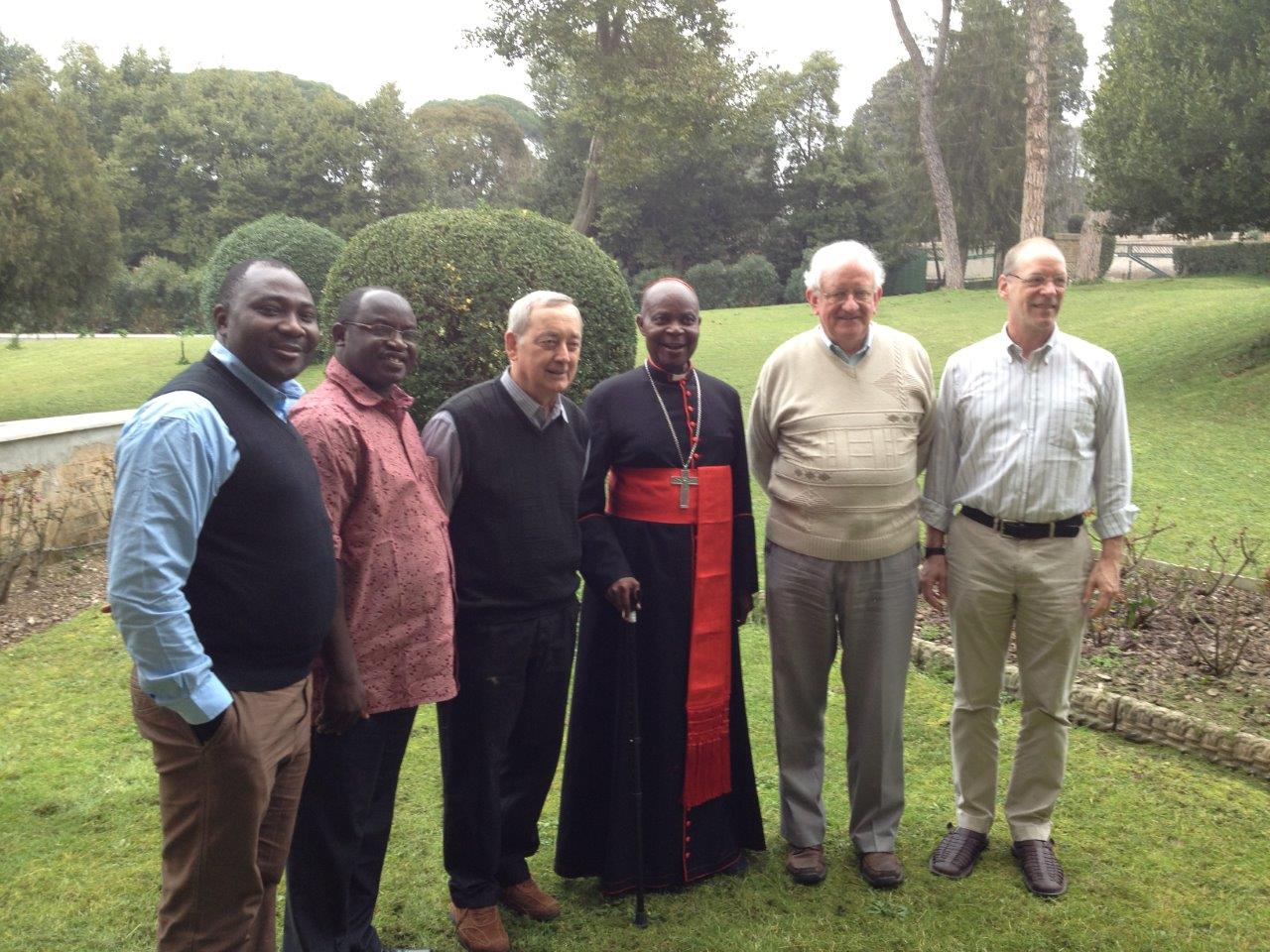 The SMA Superior General, Fr Jean-Marie Guillaume, with the consent of his Council recently admitted His Eminence Anthony Olubunmi Okogie to Honorary Membership of the Society of African Missions.

Cardinal Okogie is the Archbishop-emeritus of the Archdiocese of Lagos, of which he was Pastor for 39 years.

On 21 October 2003 Pope John Paul II elevated the Archbishop to the College of Cardinals. He is thus the only Nigerian to have participated in two Papal Conclaves. Cardinal Okogie’s resignation as Archbishop of Lagos was accepted on 25 May 2012, having served for over 39 years in that capacity. During those years the spiritual and physical development of the Church in Lagos has been tremendous. His Eminence has been a wise and prayerful Pastor to the flock in Lagos for all his ministry.

Your Eminence, Welcome to the Society of African Missions!