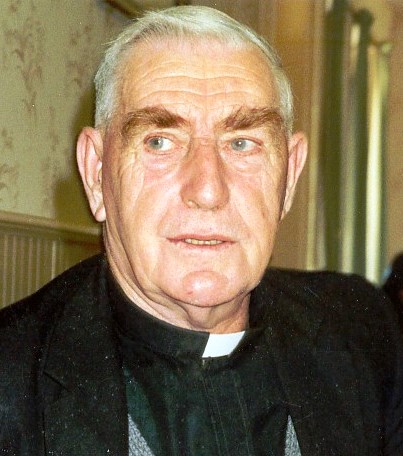 The Society of African Missions [SMA] is mourning the death of its most senior Brother, Br Tom Fitzgerald SMA. He was in his 100th year.

Br Tom died peacefully at 1.35 am in St Theresa’s, SMA House, Blackrock Road, Cork on Thursday, 1 February, feast of St Brigid, Muire na nGael. A native Irish speaker from Cahirscullibeen, Ballydavid, Co Kerry, Br Tom became a member of the Society in 1940. He served for fifty years in the diocese of Ondo, Nigeria. He was noted as a builder – churches, schools, clinics and residences. His greatest concern was, not for buildings, but for the poor and particularly the lepers of Ondo State. He built the Ago Ireti Leprosy settlement in Akure as a practical expression of that concern.

He is predeceased by his parents, Patrick and Mary [née O’Shea], his siblings, Cáit, Máire, Bridie, Sean and Michéal.

Click here to watch the Funeral ceremonies for Br Tom on Friday @ 7.30pm and his Funeral Mass at 12 noon on Saturday in St Joseph’s SMA Church, Wilton, Cork.