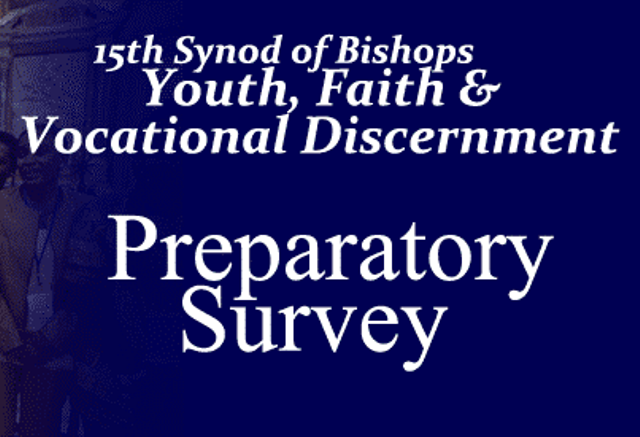 “…MANY YOUNG PEOPLE have found the process to be an opportunity to express what they are feeling. Others, however, are more reticent since they feel that no one is interested in them.”

Editor’s Note:  Journalist Marie-Valérie Zinsou, writing for La Croix International from Cotonou, Benin (27 November 2017), reports that with the Vatican’s survey of young people soon to close, youth in the West African nation of Benin are making their concerns known.

This is part of a worldwide survey in which Pope Francis is canvassing the views and ideas of the young in an effort to inform the 2018 Synod of Bishops, which will focus on young people and the issues affecting them around the world.

Dioceses across Ireland are engaged in the survey, as are many throughout Europe and the Western World. Zinsou’s article is particularly important in that it provides an insight into the thinking of African youth.

Pope Francis wrote to the bishops of the world in January this year in preparation for the next gathering of the Synod of Bishops, which will focus on young people.

In turn, the bishops of Benin sought the collaboration of young people themselves, who have begun to organize in local dioceses on the issues raised.

“On one hand, many young people have found the process to be an opportunity to express what they are feeling. Others, however, are more reticent since they feel that no one is interested in them.”

In this sense, Cedric Lichéou, 27, secretary general of the Young Christian Students movement in Benin, laments that “young people are giving their time to movements in parishes but priests do not seem concerned with their social well-being”.

“So this is an opportunity to propose solutions.”

However, Erasme Gbaguidi, 28, a member of “Feu Nouveau” (New Fire), which is a movement of Benin youth, has a different view.

“The Church is not indifferent to young people’s concerns,” he argues. “The very fact that it has called a synod on young people is evidence of its priority.”

“Young people have made their expectations particularly clear in relation to employment as well as in seeking spiritual accompaniment,” observes Fr Benoît Luquiau, who is on mission in the north of the country.

“Young people want what is concrete and that means employment,” notes Fr Ludovic Gnansounou from the Dassa diocese in Benin’s central region.

Jérôme Acakpo, 34, who is the principal facilitator at the general coordination office for young people in the city of Cotonou, confirms that seeking employment is a leading factor pushing young people to abandon the Catholic Church.

They then search out other churches “that offer them illusions”, he says.

“While the employment issue is very real, we also observe difficulties in relationships and making commitments. At the chaplaincy, we try to identify approaches that will provide solutions but young people do not always follow us.”

His counterpart in Lokossa, Fr Hippolyte, agrees. “Resources are available but (young people) are unable to appreciate the Church’s role,” he says.

Clearly, they need better accompaniment, which is why the southern Porto Novo diocese has dedicated the year 2017 to developing pastoral care for young people.

“This will hopefully enable us to work better with them after the synod,” concludes Fr Desmond Dohou, youth chaplain for the diocese.