Home ___Storage Structures A New Shape for SMA in Africa 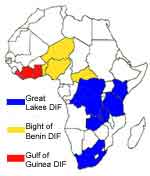 The massive growth in SMA membership in Africa has necessitated major changes. We now have over 140 SMA missionary priests from Africa working alongside the members from the traditional Provinces and Districts in Europe and North America. With more than 150 African seminarians preparing for missionary priesthood in the SMA the future of our missionary apostolate seems assured. This growth has happened in just over 20 years. Our African members come from 12 countries and they work in thirteen African countries as well as in Canada, France and the USA.

The new structures will ensure a more effective administration of SMA affairs in Africa. We thank God for the ever-increasing number of members of the Society and for the continued support of our benefactors who make our work possible.

Details of the Districts-in-formation will be posted as they emerge.

To educate a seminarian costs over €4,000 per year.  With 250 seminarians in training to support this new initiative we need over €1 million each year.

It costs more than €10,000 per year for a priest’s basic upkeep and transport.  With our 400 active missionaries in Africa we do need help. Please donate online now …